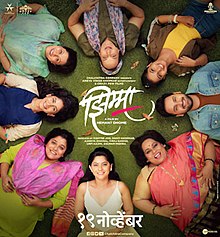 Jhimma (a play amongst little girls) is an upcoming Indian Marathi language drama film directed by Hemant Dhome for Chalchitra Company. The film written by Irawati Karnik has an ensemble cast of Suhas Joshi, Sonalee Kulkarni, Siddharth Chandekar, Kshitee Jog and Suchitra Bandekar. The story of the film as the tagline suggests; "Seven wives, who now take the trip of their life in the Queen’s country"; revolves around a group of seven women travelling to London and discovering themselves. The film was scheduled to be theatrically released on 23 April 2021, but due to surge in COVID-19 pandemic the release is postponed. 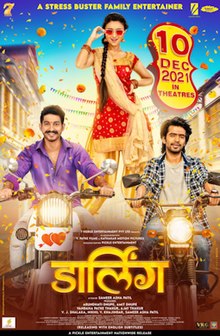