RK/Rkay is an Indian Hindi-language comedy drama film written and directed by Rajat Kapoor, also starring himself with Mallika Sherawat, Kubbra Sait, Ranvir Shorey and Manu Rishi Chadha. The film has already been screened and appreciated at several international festivals including Shanghai International Film Festival, Austin Film Festival and premiered in US 14 May 2021 and scheduled to be released theatrically in india on 22 July 2022. 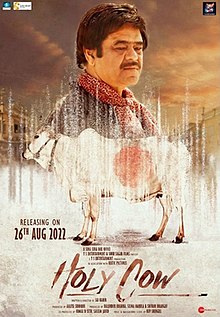